From 1888 to 1892 Josef Kolbe attended the Infantry Officer Cadet School in Temesvár, in the Banat region of the Austro-Hungarian Empire. The region was incorporated into Romania at the end of the First World War and the town is now known as Timişoara.

According to Dr. Ioan Hateganu, it was deemed necessary to build a cadet school in Temesvár because of the town’s strategic location. From 1902 to 1903 a fine three storey building in the classical style was erected in park land next to the Vienna gate, not far from the three barracks. It had an imposing facade, an elegant, ornamented roof and was surrounded by a wall decorated with wrought iron in the Temesvár fashion. It contained the cadets’ classrooms and dormitories and also a number of facilities. Under communism it was transformed into the New Clinics, later renamed the municipal hospital.

This was not, however, the building in which Josef Kolbe received his training. His school was built in 1869, initially to accommodate two academic years, rising to four in 1875. In the interwar years it became the Romanian Artillery Cadet School, remaining much the same as he had known it, though a number of annexes were added on the land gained following the demolition of the fortress walls and gates. It is likely that Josef Kolbe’s school was housed in the older building referred to by Dr. Ioan Hateganu that stands in the courtyard.

On the 40th anniversary of his year’s graduation, Josef Kolbe decided to organise a reunion for his fellow officer cadets. It took place on 17 and 18 September 1932 in Vienna and, out of a class of 32, twelve attended. Not only did he take it upon himself to contact all his former classmates, find a venue for two days and organise the proceedings, he also persuaded his fellow officers to contribute a narrative of their life in the intervening years. He typed out each report, some a paragraph long and others running to several pages, adding a few words about the school and their school days, and collated them in a stylish booklet, a copy of which each received. (This document has been invaluable for my research into his life and times. The War Archives in Vienna have had a copy since 2009.) An album with old and new photos of the cadets, the school and the town of Temesvár was passed round during the reunion, which has unfortunately not survived. 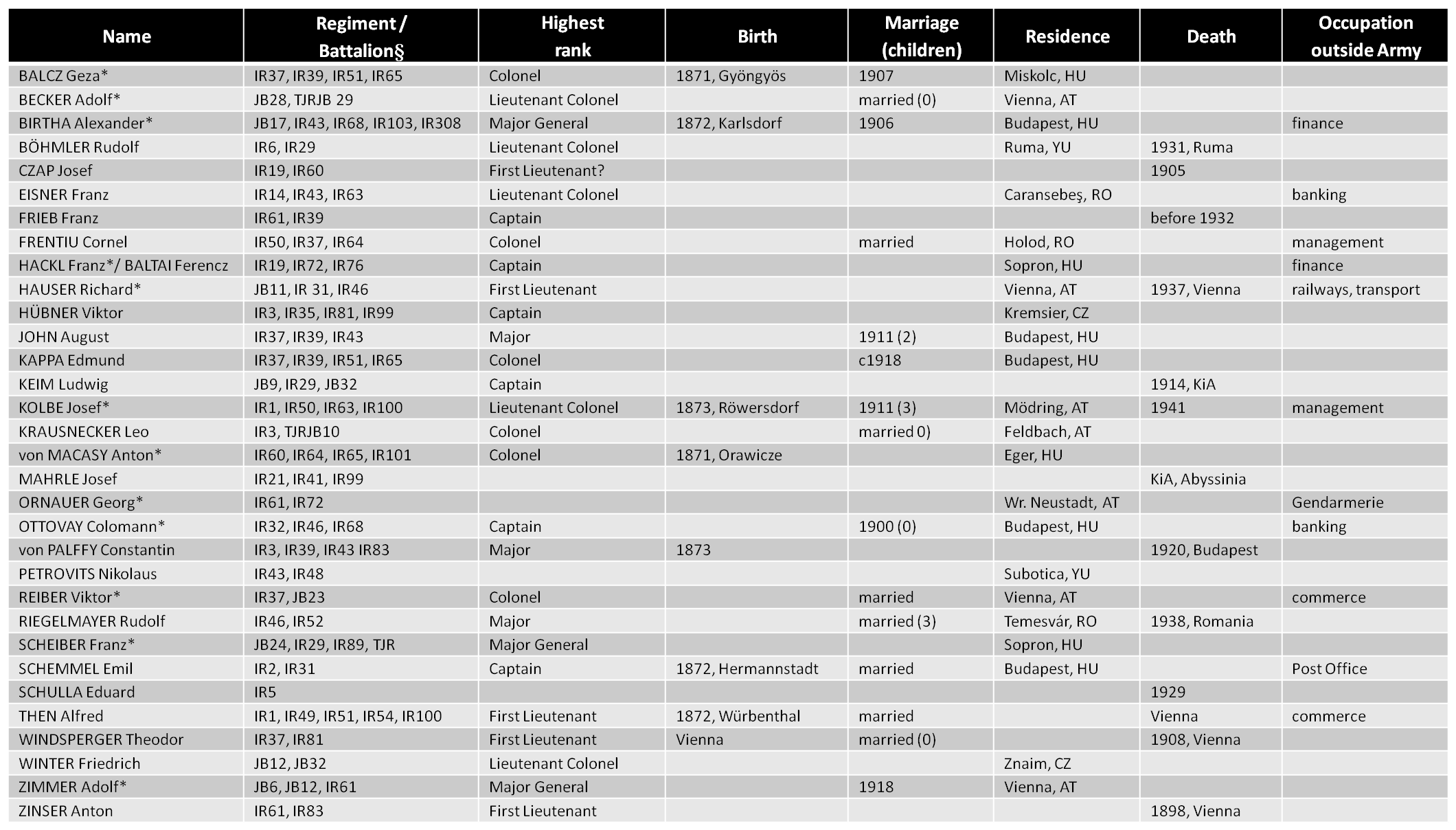 * attended the 1932 reunion
§ based on conflicting information, discrepancies likely